The clues to navigating the future lie in the past

At times like these, it’s easy to see why people crave stability. Yet stability invariably comes from understanding and knowledge and, when that is in short supply, the world can appear to be an increasingly difficult place in which to operate.

The answer lies in knowing what to reference at times like these. Data may be historic, but much of it remains, like the lessons of the past, hugely important in shaping the decisions we make when confronted by the unknown – especially if we understand the problem we are facing and what data sources can help us overcome it.

So even when the unexpected happens we can act to mitigate the risk. Who could possibly have predicted the ill-conceived mini budget? The near total collapse of the bond markets that followed was perhaps more predictable but as the major insurers managing billions of pounds of the country’s pension savings discovered, the consequent collateral calls should have been planned for, but weren’t.

It’s always the things we least expect that floor us, and in the property market we’re only too aware of that. The credit crunch and global financial crisis it precipitated are still very fresh in most boardroom minds. Many lenders and brokers came to a sticky end as a result of the chaos unleashed in the funding markets. The lessons were hard and inspired a raft of regulations, both in conduct and capital, to ensure these events could not unfold again. But the thing about recessions and implosions more generally is that we never really see them coming. But we can be ready to make the right move if we understand the situation we are facing.

For lenders, what really matters is the quality and value of their back books. And it’s becoming a more immediate concern than even just six months ago. The cost-of-living crisis is very real and it is going to impact balance sheets. The Bank of England warned back in July that banks and building societies must shore up capital reserves for just such an eventuality. The Financial Conduct Authority wrote to chief executives thereafter, urging if not threatening to enforce lenders to exercise forbearance when dealing with customers in difficulty.

The assault on borrowers’ finances takes us once again into unchartered waters. The cost of energy per unit may be capped until April, but what happens thereafter is very uncertain. Jeremy Hunt has implied that help could be extended to those most in need – they are unlikely to be homeowners.

Arrears are almost inevitable. It is why lenders have been training customer service staff to deal with calls from worried borrowers for months now. But is that enough?

Lenders must manage their customers fairly – the regulator insists on it and, frankly, the economy relies on it. But that’s just one half of the equation for them.

It is also shareholders, as well as customers, to whom they are really accountable. The strength of their balance sheets is paramount, and it is set to come under serious strain in the coming months. Again – understanding the value of this is paramount.

So, what should be done? I return to the importance of knowledge. If you understand your position, your weaknesses, and your strengths you’re more than halfway there. It’s impossible to predict the future accurately, but there are things we can learn from the past. Data can tell us a lot when it is used to identify patterns. Rewind to 2008, 2009, 2010 – all those sub-prime securitisation and whole loan books that plummeted in value overnight. Out of the ashes of those whose lending policies had contributed to that collapse emerged credit assessment companies.

That was a capital crisis but it’s likely this will be an income challenge. Reassuring shareholders and investors will therefore rely on capital stability – after all, it is that which will see lenders through the oncoming months of forbearance. Knowing your balance sheet’s capital value in today’s market is crucial to provide that reassurance and it’s easily done using data from sources such as automated valuation models as well as newer assessments of things like EPC value.

The data on which markets rely may be historic but joining up the right dots can also point us in the right direction to weather any storms.  Data and experience combined remain the most potent form of risk management in any industry. That is the real opportunity for competitive advantage in the market we live in now. 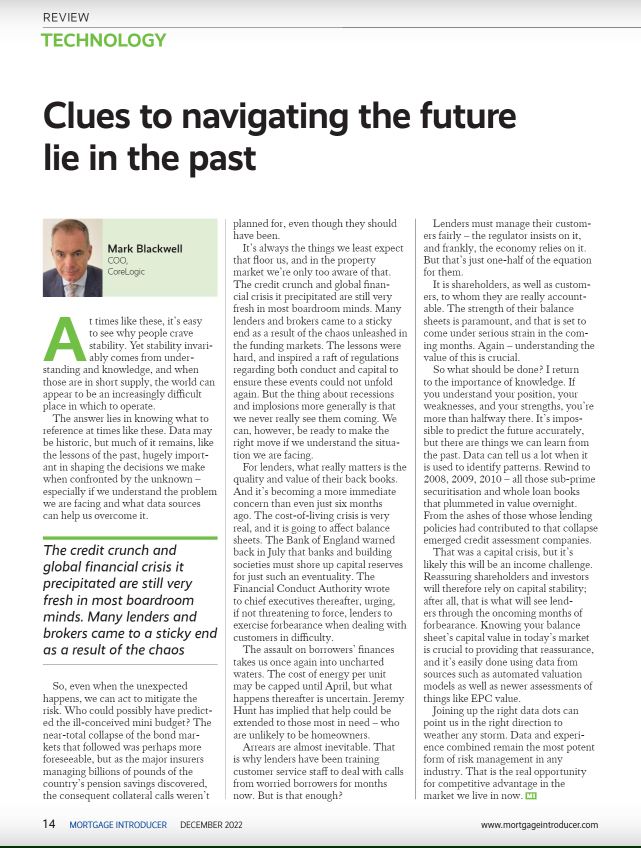 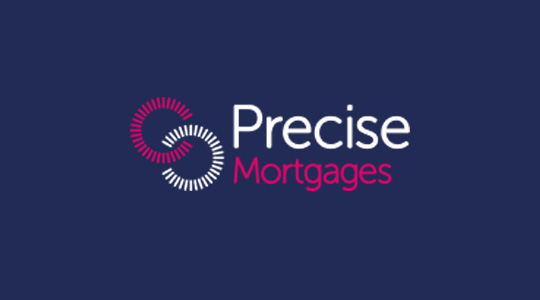 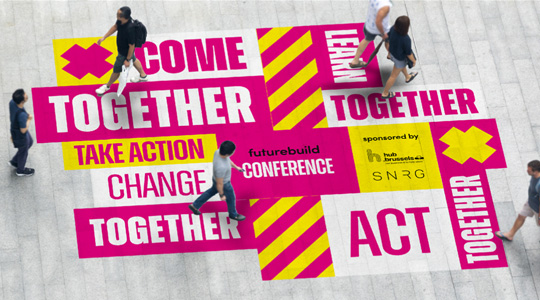 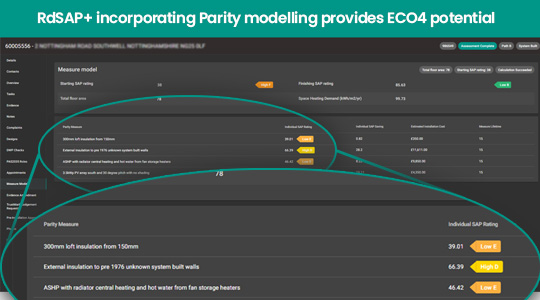