UK consumer price inflation reached a thirty-year high of seven per cent in March, with economists staunchly expecting it to surge over the eight per cent mark in the autumn.

For investors, protecting against the ravages of inflation is just as relevant as it is for consumers and it seems landlords are acting already.

Figures from Hamptons show buy-to-let investors purchased 13.9 per cent of homes sold across Great Britain in Q1 2022, the highest proportion recorded in the first three months of any year since 2016, when landlords rushed to beat the introduction of the three per cent stamp duty surcharge on second homes.

The North East saw the biggest year-on-year increase in buy-to-let purchases as investors sought higher-yielding properties, buying up 28 per cent of homes sold in the region, more than twice the share bought by first-time buyers.

The hunt for yield is almost certainly driving this behaviour – the FTSE 100 has delivered an average yield of just 3.46 per cent this year to 12 April. With inflation far higher than that, real returns are not only wiped out, they’re negative.

It’s perhaps no surprise, then, that Hamptons’ analysis indicates that investors are increasingly looking to the highest yielding areas of the country as a way to maximise their returns and hedge against inflation. So far this year 71 per cent of investors bought in the 50 per cent highest yielding areas of the country, up from 57 per cent of investors a decade ago. It’s also one of the reasons why nearly three quarters (73 per cent) of London-based landlords bought their buy-to-lets outside the capital this year, where yields tend to be higher, up from less than a quarter (24 per cent) a decade ago.

The private rented sector has had it rather tough over the past five or six years with a raft of tax reliefs withdrawn and higher entry costs imposed under fiscal rules. The supply of rental property has fallen back consequently, so the recent rise in activity suggests the asset class may be about to have a bit of a renaissance. It isn’t just the yields that are attracting investors either; having gone through the past few years of constant tax changes and various other regulatory burdens, landlords can now plan financially far more predictably and balance risk more transparently.

The general profile of private landlords in the UK has also shifted as a result of these reforms, discouraging small time landlords with just one or two buy-to-lets from the market. Portfolio landlords are increasingly the norm, with much larger holdings across multiple locations. The type of property attracting new investment is also leaning toward multi-units and HMOs, where typical yields are much higher and risk of voids lower.

Market analysis from Octane Capital suggests that the current market value of HMOs currently sits above wider market values – by up to a third on average, they claim – demonstrating just how much higher yields available to more experienced or ambitious landlords can be in some corners of the market.

In the North East, the specialist lender claims HMO market values are as much as 109 per cent more than wider market properties, with London (72 per cent), the West Midlands (55 per cent), and Scotland (41 per cent) also seeing some of the largest HMO price premiums. Even in the East Midlands, where this premium is at its lowest, HMO properties still come in two per cent above the value of wider market properties in the region.

Today’s buy-to-let market is a different sort of animal from the market that grew up over the 1990s and 2000s. There are fewer landlords, and those remaining or entering the market now tend to build larger portfolios and make the management of those their trade. Using a single or couple of buy-to-lets as an alternative to pension savings and income has become less financially tenable.

This presents challenges for both lenders and brokers, particularly in light of the Prudential Regulatory Authority’s SS13/16 portfolio landlord underwriting standards. Risk must be understood across a portfolio, necessitating the provision of an awful lot of data in a consistent format. Brokers know only too well the impact that administration has on time taken to submit each case. The opportunity cost implication is significant.

Lenders are also expected to have a far more detailed and comprehensive understanding of their exposure across not just one landlord’s portfolio, but across their entire book. 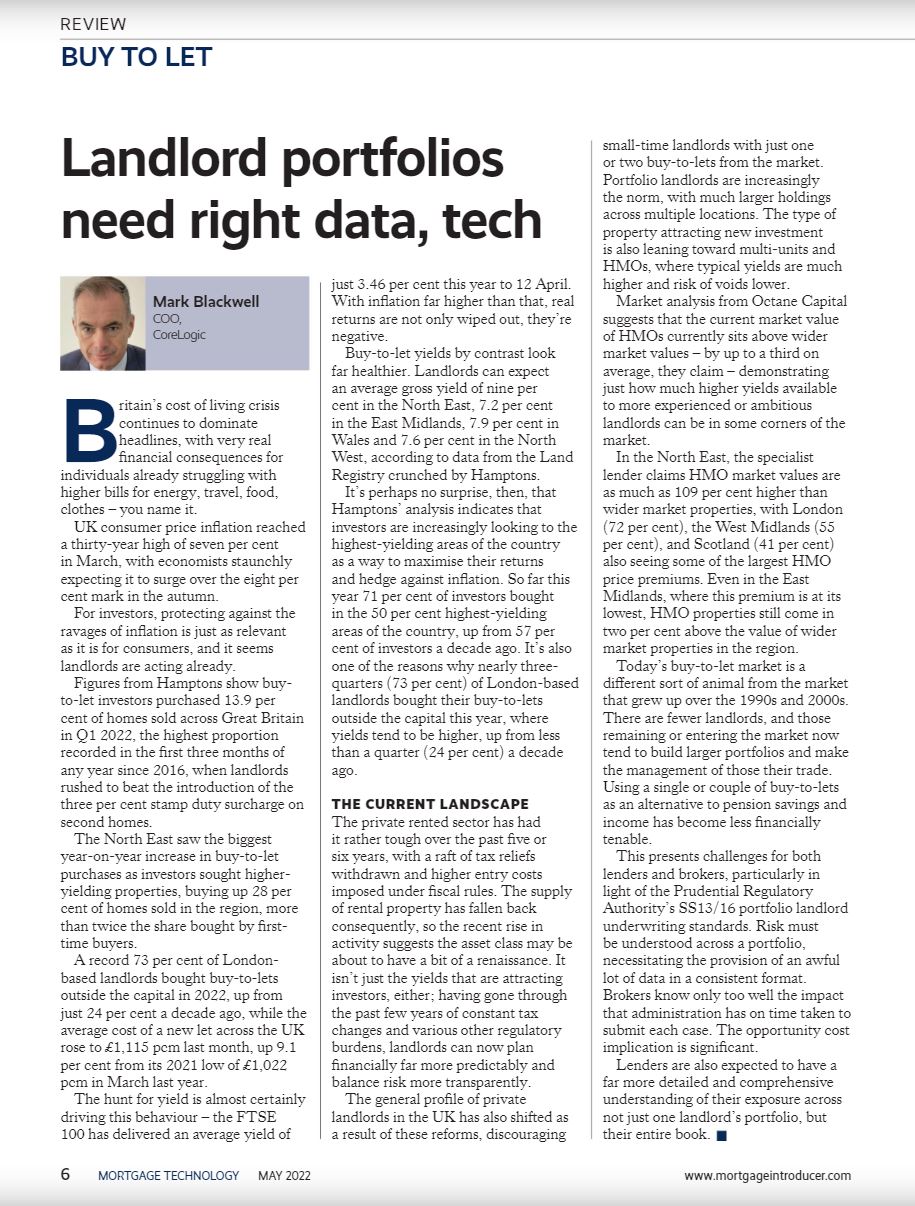 Dedicated software that manages this process, takes human error out of the equation and allows much faster and more efficient oversight and control to both lenders and brokers is invaluable in this new market – something our buy-to-let hub does in spades. 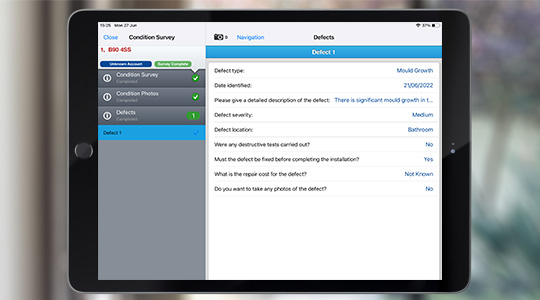 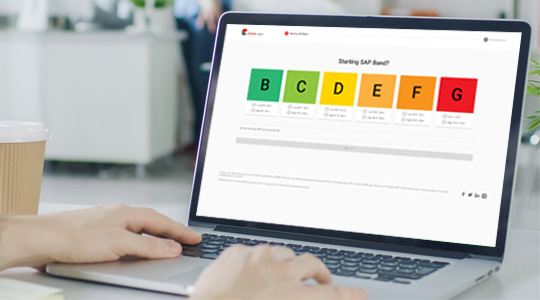