Data, AVMs and valuers have more to offer together

In the past few months, we’ve seen an increasing number of lenders run automated valuation models before approving a decision in principle. There is triage on valuations where properties trip certain switches, flagging them for a closer look, but it’s increasingly likely that 24-hour DIPs will come to be expected from lenders.

It’s an interesting move, particularly given how unpredictable the current market is. And yet, competition demands that decisions are made quickly and with certainty.

But it’s easy to see why this move is attractive. Borrowers may be tricky to pin down in terms of credit risk – more so now than usual. Security on the other hand – that’s considerably more predictable. Recession or recovery.

It’s arguably even more important than ever, in fact, because capital protection is going to be increasingly important for both borrowers and lenders if the economy does do a nosedive.

Lest we forget it wasn’t the inability to make monthly mortgage payments that really scuppered Northern Rock borrowers – it was the loan-to-values that sunk them so far into negative equity some of them are even now still struggling to extricate themselves.

When it comes to evaluating security, somewhere in between sensible scrutiny and speed means an increased role for data.

For the most part freehold data is more accurate and conveyancing quirks are reasonably unimportant for a mortgage and transaction to complete. Leaseholds are much harder to predict however. Just last month (august) the Competition and Markets Authority ruled that Taylor Wimpey must refund leaseholders the doubling ground rents they snuck into contracts – that sort of intervention materially affects the value of a property and has the power to turn an AIP into a flat no.

Risk on leasehold is a moveable feast. Added to a far more frequent occurrence of disputes over common parts, rights of way and leaseholder obligations – the data lenders need to ensure both they and the borrower is protected needs to be granular. Accessing that sort of data, particularly as it relates to property condition and the way it is used in practice, is not straightforward but it is improving.

In a paper published by RICS last year, it was suggested that the valuation and appraisal sector has “reached an inflection point as a result of the application of artificial intelligence, machine learning, and other algorithms to structured and unstructured data sets of increasing size and complexity”.

An ever-evolving regulatory landscape and the market’s demand for speed and innovation is driving change faster than ever before, it asserts. I would tend to agree.

Accurate valuations and lending decisions that match lending expectations are vital for banks and building societies to get right. Balance sheet stability depends on it. It is also vital for lenders who’s funding is off balance sheet. Jeff Rupp, director of public affairs at INREV, was quoted in the RICS AVM insight paper, noting: “Valuations are arguably more important for investment in real estate than any other major asset class. For non-listed real estate vehicles, they play a crucial role in reporting to investors, monitoring portfolio strategy and undertaking transactions, and as a basis for secondary market trading.

“As digital technology advances apace, investors’ expectations and demands of real estate valuations are growing. In part this reflects the increasing complexity of many real estate transactions, which often now involve large portfolios of assets. But more importantly, investors want to benefit from the full potential that technology promises for valuations, potentially making them quicker, less prone to human error and sensitive to a far wider range of evidence than is currently the case.

“We agree that big data, blockchain and automated valuation models (AVMs) are all likely to have a role, but an openness among valuers to new ways of harnessing information is likely to be just as crucial as any single technology.”

RICS is of the view that AVMs can be useful to tease out nuances and aid with statistical analysis that valuers may not ordinarily be able to observe in the course of their usual investigations. That is a positive and adds robustness to the data we have.

On the other hand, the property is not usually inspected when an AVM is used. Instead an average condition is often used, which RICS admits “could well be inaccurate”. It’s hard in the residential market. Stock is far, far more varied in the UK than in other countries. Condition and age of a property do not necessarily correlate. Value is determined by emotional needs as well as investment sense.

To hold sufficient weight to provide the basis for a DIP, AVM providers require large amounts of reliable, detailed descriptive data about properties and market transaction prices to model accurately.

The market is getting there, as is clearly evident in lenders’ increasing willingness to rely on AVM valuations at DIP stage. But let’s also remember, analytics and modelling can take us far, but we understand the power of the sum of the parts. Technology, data, and people are the answer. 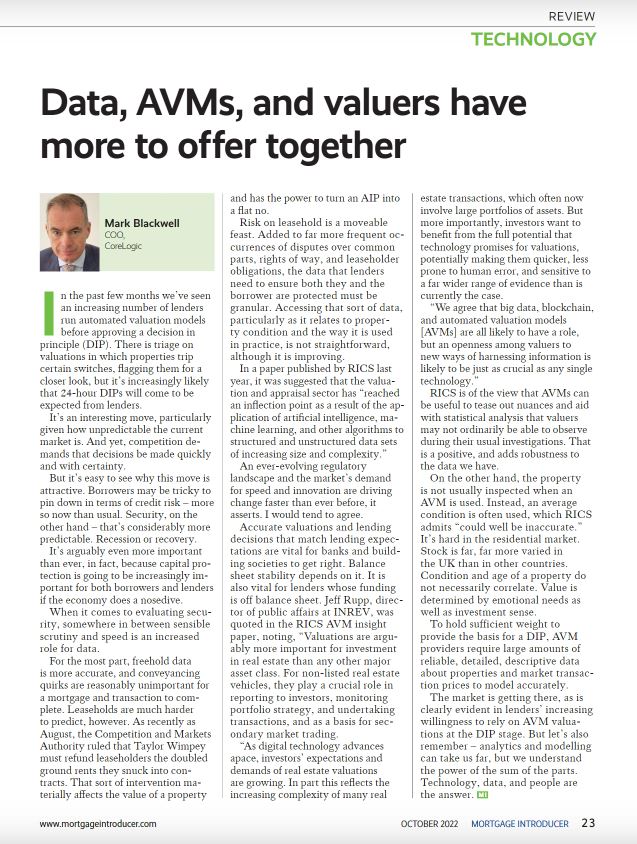 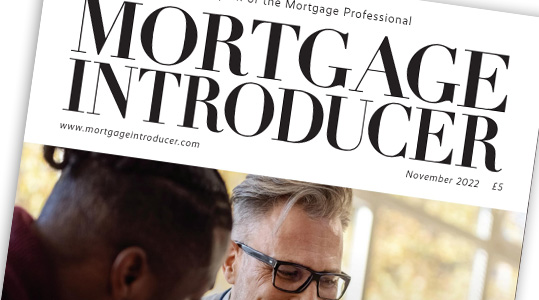 Why the answer is never 42 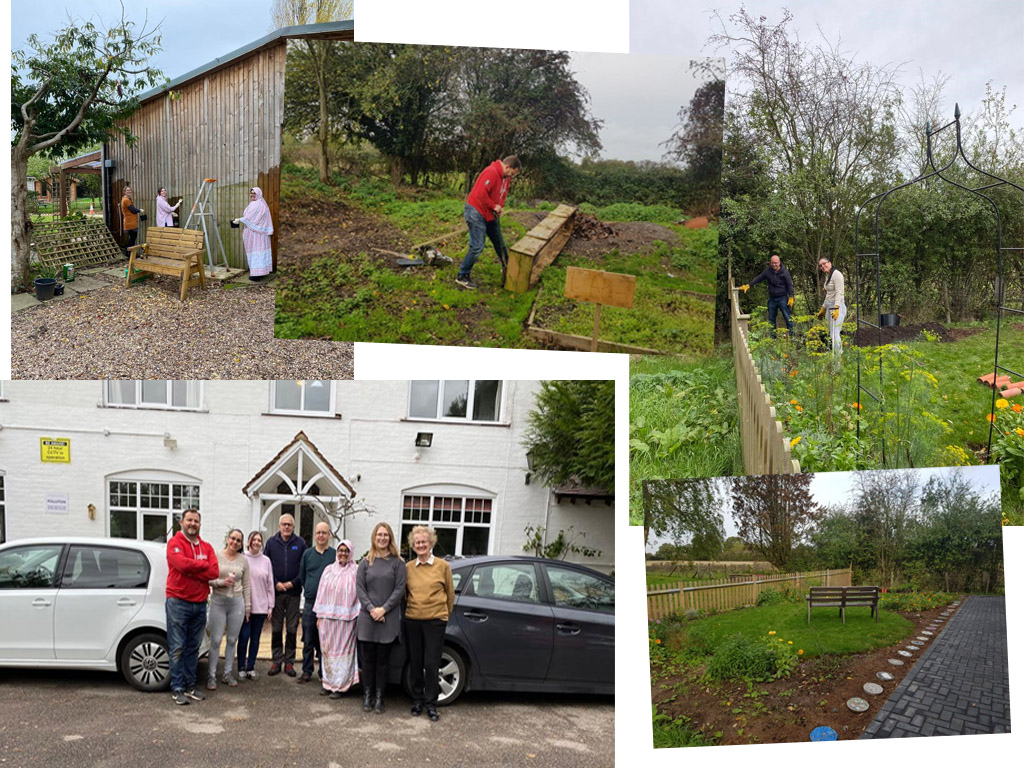 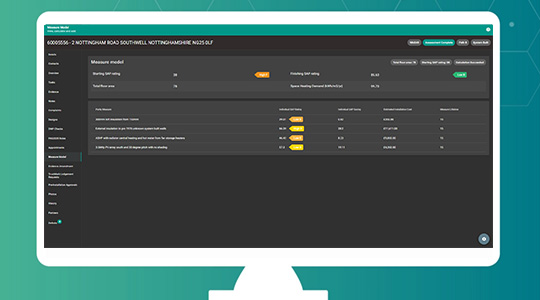